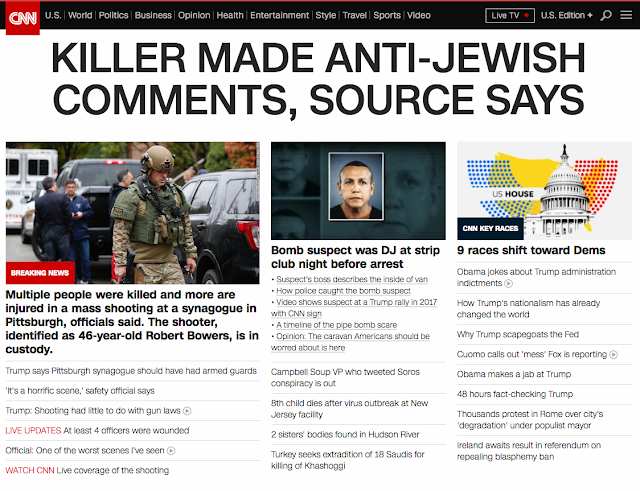 Today, 10/27/2018, we’re getting a story about a shooting at the tree of Life synagogue in Pittsburgh. I wonder if this happened while the rabbi was preaching the Talmud and telling everyone its ok for Jews to have sex with children under the age of 3 years and 1 day, or maybe how the Talmud states that it’s ok for Jews to lie to, steal from, and kill non Jews. Such positive things in the Talmud, eh? Anyways, as of now they’re saying that at least 12 people were shot and at least 4 are dead. They’ve already got the shooter who’s name is Robert Bowers, and he’s 46 years old. It's interesting that this is happening in Pittsburgh, the city of bridges, the day after the supposed package bomber was caught, and that story was obviously connected to the Golden gate Bridge. I wonder how this will all play out with Trump being referred to as the first Jewish president, and the Jewish messiah supposedly returns through the Golden Gate. Today has 21 and 55 date num
Post a Comment
Read more
More posts